In an ever-changing musical world, it is refreshing to see an artist who is not afraid to try new things and take risks. Singer/Songwriter/Producer Chris Morris is one of those artists. He has dabbled in a variety of genres over the years, from soul to reggae to lofi, and he always brings something new and fresh to the table.

His most recent release is a rendition of the Donny Hathaway classic, “This Christmas.” His clear, powerful voice perfectly matches the soulful lyrics and lush production. Earlier this year, Chris released the instrumental album, “Calibration,” and the EP, “August.”

Chris has toured extensively, performing in places like Canada, Taiwan, Mexico, and the United States. He has composed music for commercials for Coca-Cola and Huawei, and he has even performed as a keyboardist for some of reggae’s biggest names, including Johnny Clarke, Norris Reid, Johnny Osbourne, Michael Prophet, Wayne Wade, and Edi Fitzroy.

No matter what genre he is playing in, Chris Morris always brings his uniquely soulful voice and musical sensibility to the table. He is a true musical chameleon. 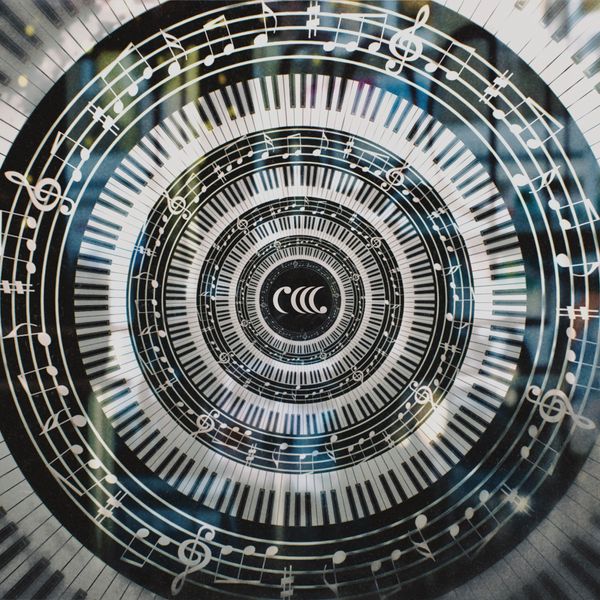 We are proud to present 'Calibration', the latest instrumental album from acclaimed producer Chris Morris, now on limited edition Vinyl! This record is a departure from his previous work, exploring the sounds of lofi hip-hop, soul and jazz. The result… 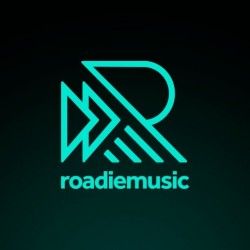 Here we have one of the most vivid instrumental sensorial celebrations released in recent times! The extensive experience as a touring musician and in composing music for commercials ( Coca-Cola , Huawei , etc.), brought Chris Morris the musical maturity…

Directly or indirectly, there is a good chance Chris Morris has impacted your life. From video games to commercials, his instrumentals have been integral segues to fill that empty void of label to consumer. Acting for the scene and just… 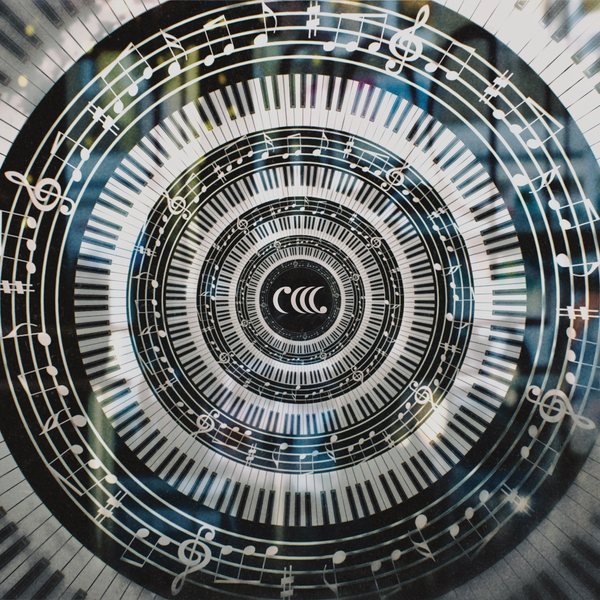 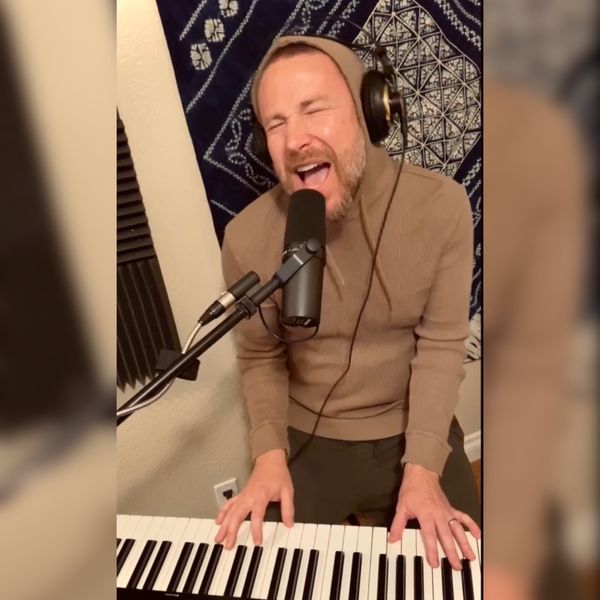 'When the day that lies ahead of me, seems impossible to face ... When someone else inside of me, always seems to know the way ...' - Bill Withers

Simple but thoughtful words from of the greatest songwriters and artists… 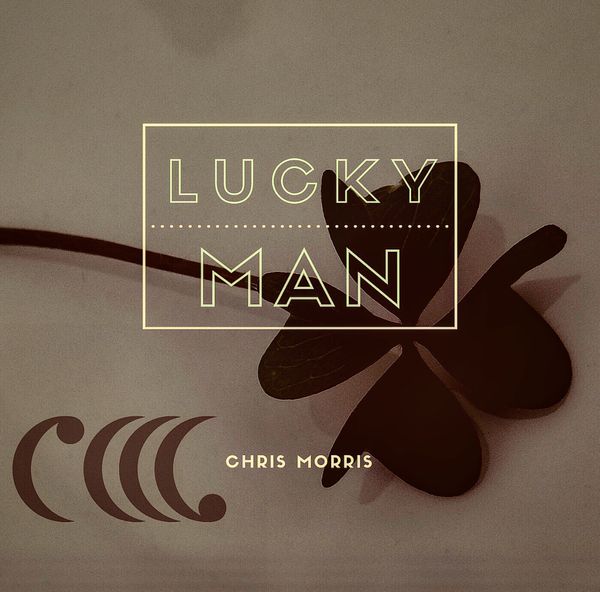 I’ve always been intrigued by the concept of luck.  "Lucky Man" explores what my definition of it is and how to become one of the lucky ones.  I hope you enjoy this funky lil hybrid Reggae infused song of optimism. 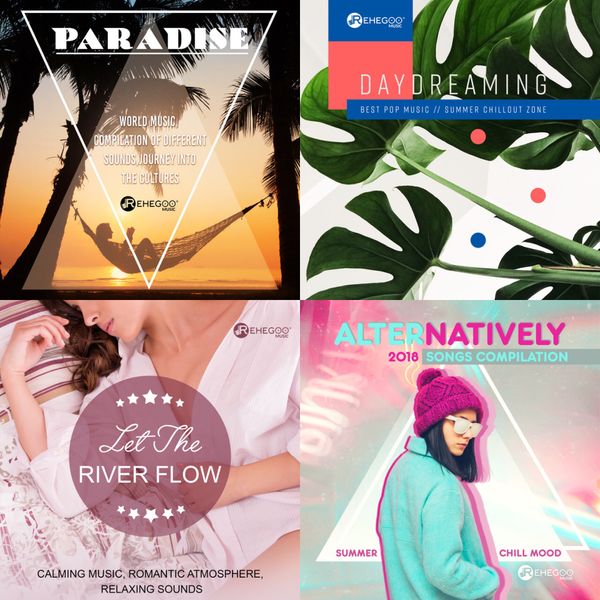 I'm honored to find out that a number of my songs have been included on some new releases from the Rehegoo Music Group!  They're available now on all streaming platforms (Spotify, Apple Music, Tidal, Amazon, GooglePlay, etc.). 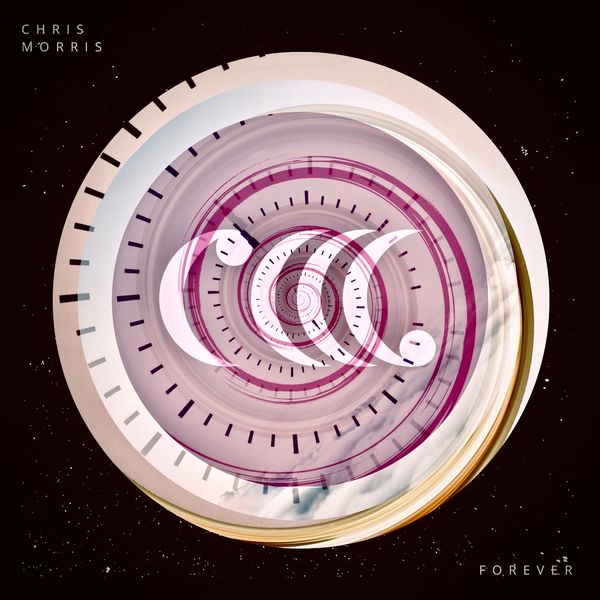 A few months ago, I was approached by one of the publishers I work with who was looking for a song to replace Bruno Mars' "Marry You," for a TV show and was asking if I had anything.  Well, there… 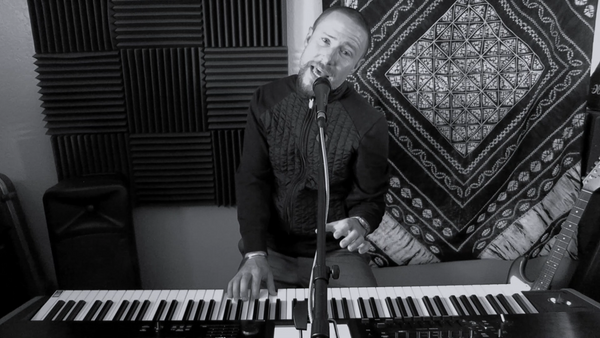 This is one in a number of videos paying tribute to some of the artists and songs that have inspired me over the years. Here is a cover of "That's The Way Of The World" from the mighty… 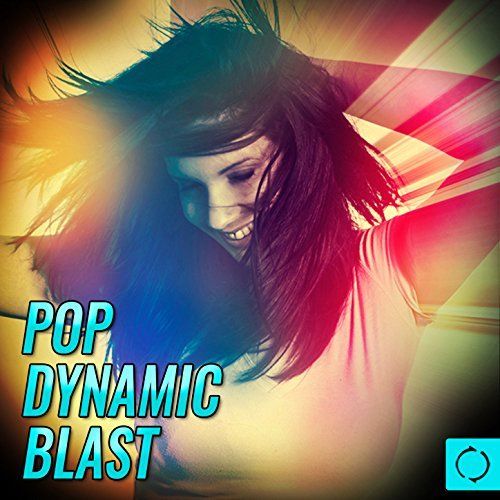 "Let Your Hair Down," "Can I Have This Dance?" and "Higher" are being featured on new compilation albums being released by PDSD Music and Shami Media Group!  Below is the rundown of the new releases and where to find them! 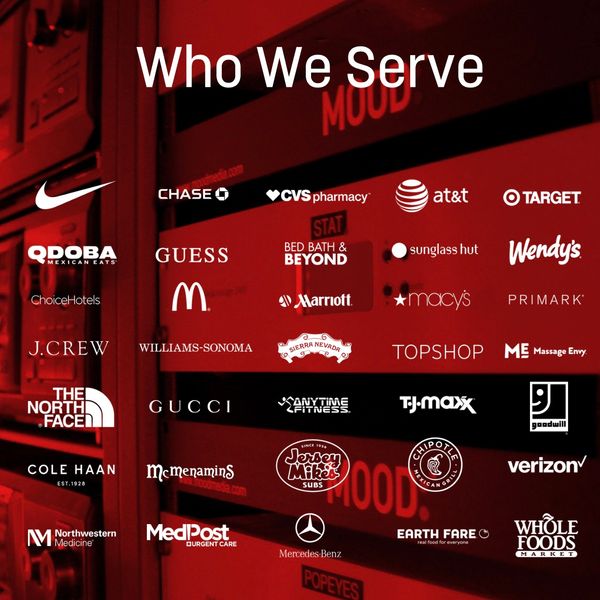 I just got word that a number of my songs were accepted by the biggest provider of music for retail stores, hotels, gyms, restaurants, etc (over 50,000 locations).  What that means is that if you visit any of the places… 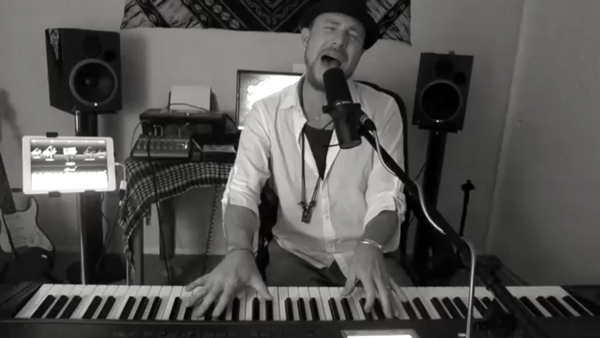 I've heard Earth, Wind & Fire refer to their legendary song "That's The Way Of The World," as their 'National Anthem,' meaning that it directly reflects their collected view of life and the universe.  Since the day I wrote my… 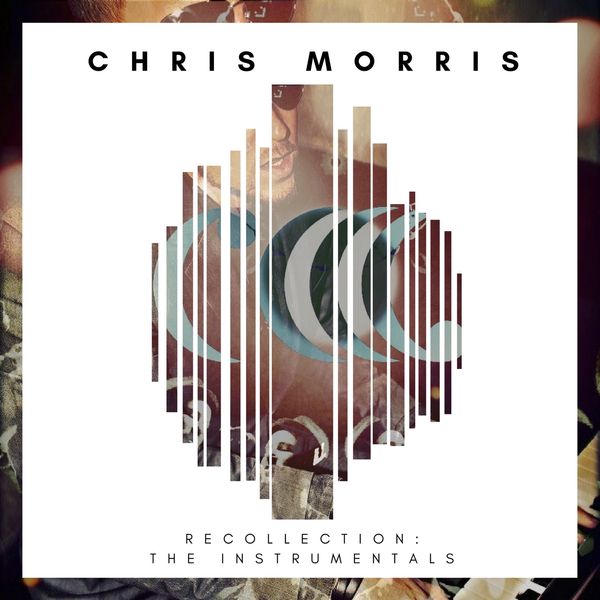 Ask and you shall receive!  I've had a number of emails requesting Instrumental mixes of the "Recollection" album.  I personally LOVE hearing the Instrumental versions to my favorite songs, so it was my pleasure to render these versions and make… 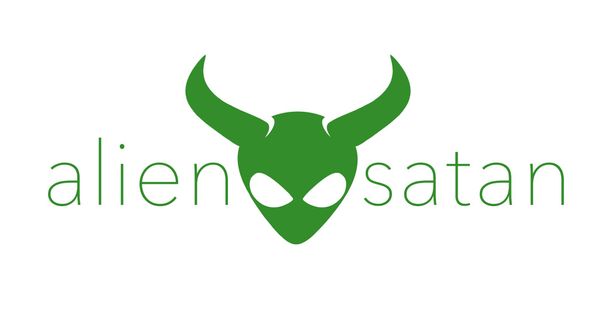 I'm excited to announce that I'm stepping outside the box a bit and joining forces with longtime friend and ridiculously talented guitar/vocalist/songwriter Eli Santana in his new metal band "Alien Satan."  I'm equally as excited to get to play with… 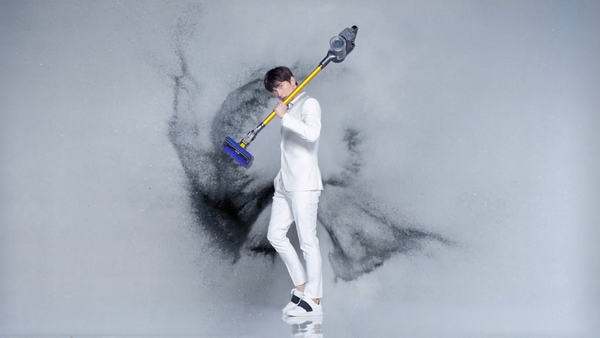 Never in my wildest dreams did I ever think I'd produce music for a commercial featuring a choreographed dance with a vacuum. But I'm blown away by how it turned out! This project was a very creatively rewarding challenge… 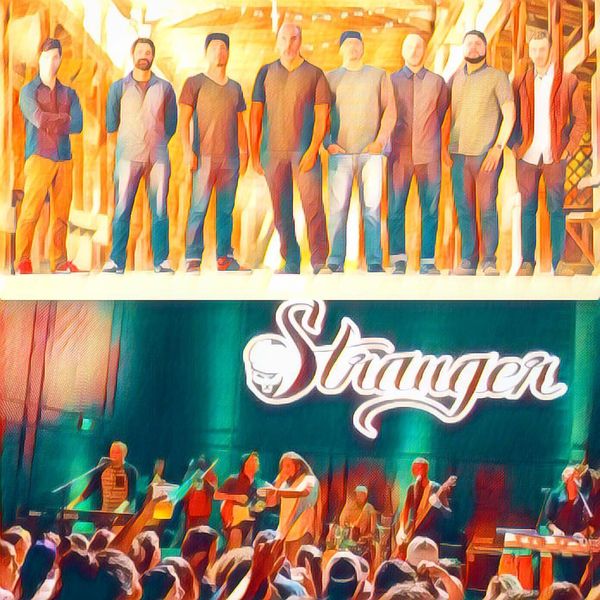 So excited to once again be joining one of San Diego's finest, "STRANGER" on stage May 26th at the MusicBox in San Diego as they perform with John Brown's Body!  Pre-Sale tickets are available FEE FREE at MusicBoxSD.com 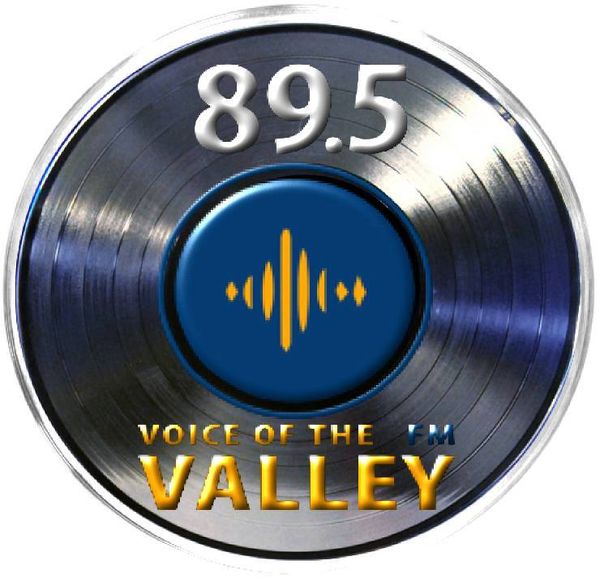 "Sweet Sunday Sounds," a radio show on Valley 89.5 FM Radio in Canberra, Australia, is reporting that my song "Higher" has cracked the Top 20 and reached #16 on their weekly top tracks! 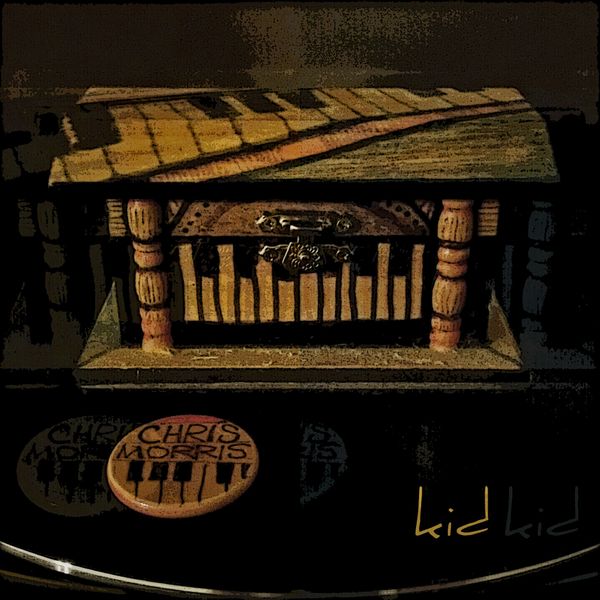 The Los Angeles based Internet Radio Station "Soul Survivor Radio" has added "Kid" and "Let Your Hair Down" from my album "Recollection," into its rotation alongside such esteemed artists such as Steely Dan, Rahsaan Patterson, Luther Vandross, Teena Marie, Sheldon… 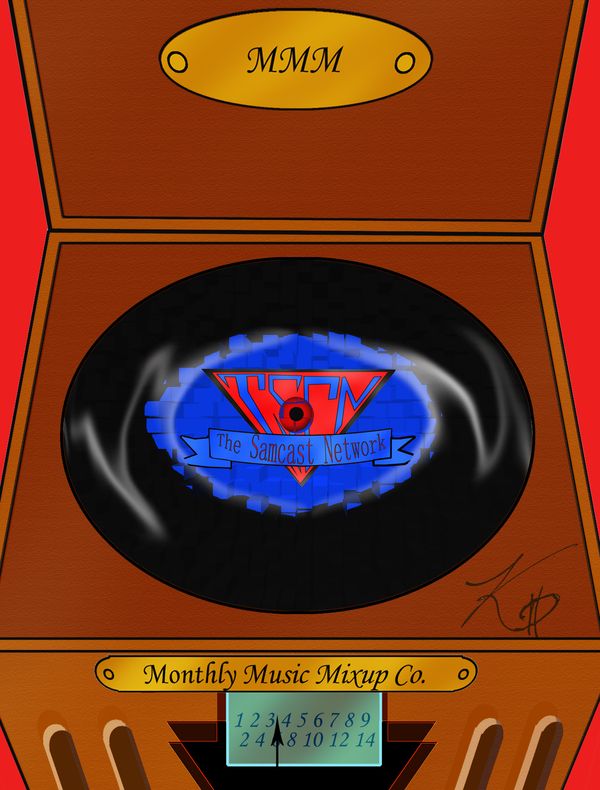 "Love Speaks Louder Than Words," the song I wrote for my beautiful wife on our wedding, is being featured on the Monthly Music Mixup: April 2017 podcast via the Samcast Network!  Check this out along with songs from Nicholas and… 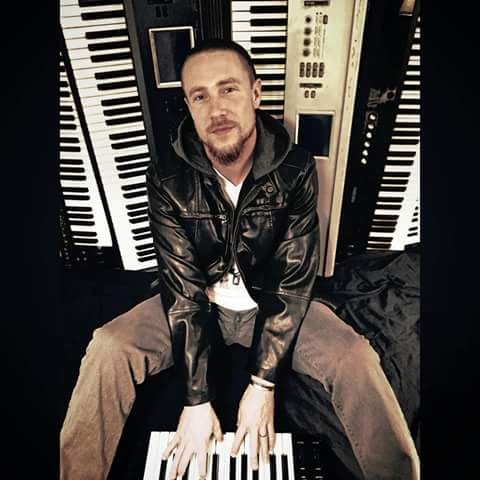 "Recollection," was featured on an April 1st blog post on the SDC Hitsteria Radio One Magazine!  Click the link below to check it out! 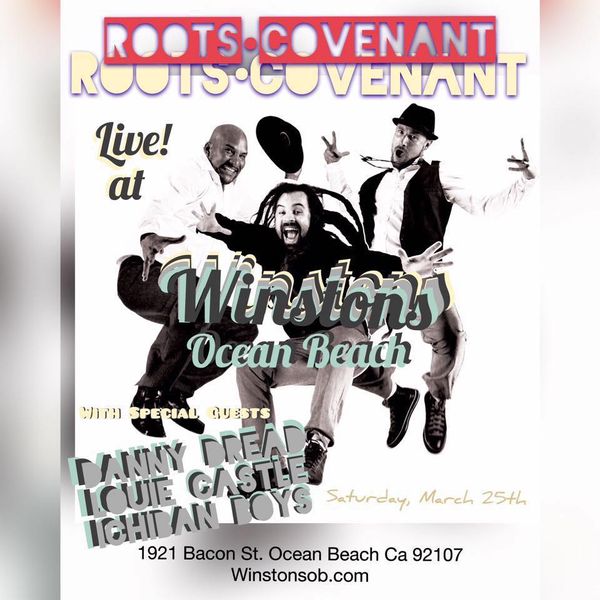 Roots Covenant return to Winstons in Ocean Beach, CA for an evening of Roots Rock Reggae!  Yours truly,  Adrian Cisneros and Ivan Garzon will be joined by Louie Castle, Ichiban Boys and Danny Dread.  Doors open at 9PM, the band… 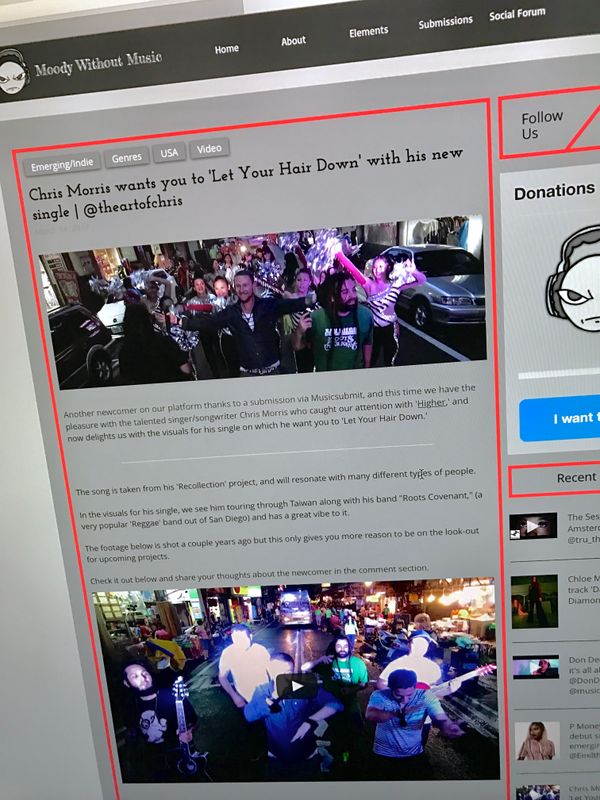 "Moody Without Music," a very popular music site based in Amsterdam, is featuring "Let Your Hair Down," from my latest project, "Recollection."

Here's a link to check out the article:

About "Moody Without Music":
The prestige Amsterdam…

We are proud to present 'Calibration', the latest instrumental album from acclaimed producer Chris Morris, now on limited edition Vinyl! This record is a departure from his previous work, exploring the sounds of lofi hip-hop, soul and jazz. The result is a beautifully nuanced and textured listening experience, one that rewards close attention and

We are proud to present 'Calibration', the latest instrumental album from acclaimed producer Chris Morris, now on limited edition Vinyl! This record is a departure from his previous work, exploring the sounds of lofi hip-hop, soul and jazz. The result is a beautifully nuanced and textured listening experience, one that rewards close attention and multiple spins. 'Calibration," is now available on a limited edition 12-inch black vinyl in full stereo, presented in full 300gsm jacket.